Santa Claus is Coming to Town!

Donate to help us keep this tradition going for generations to come! 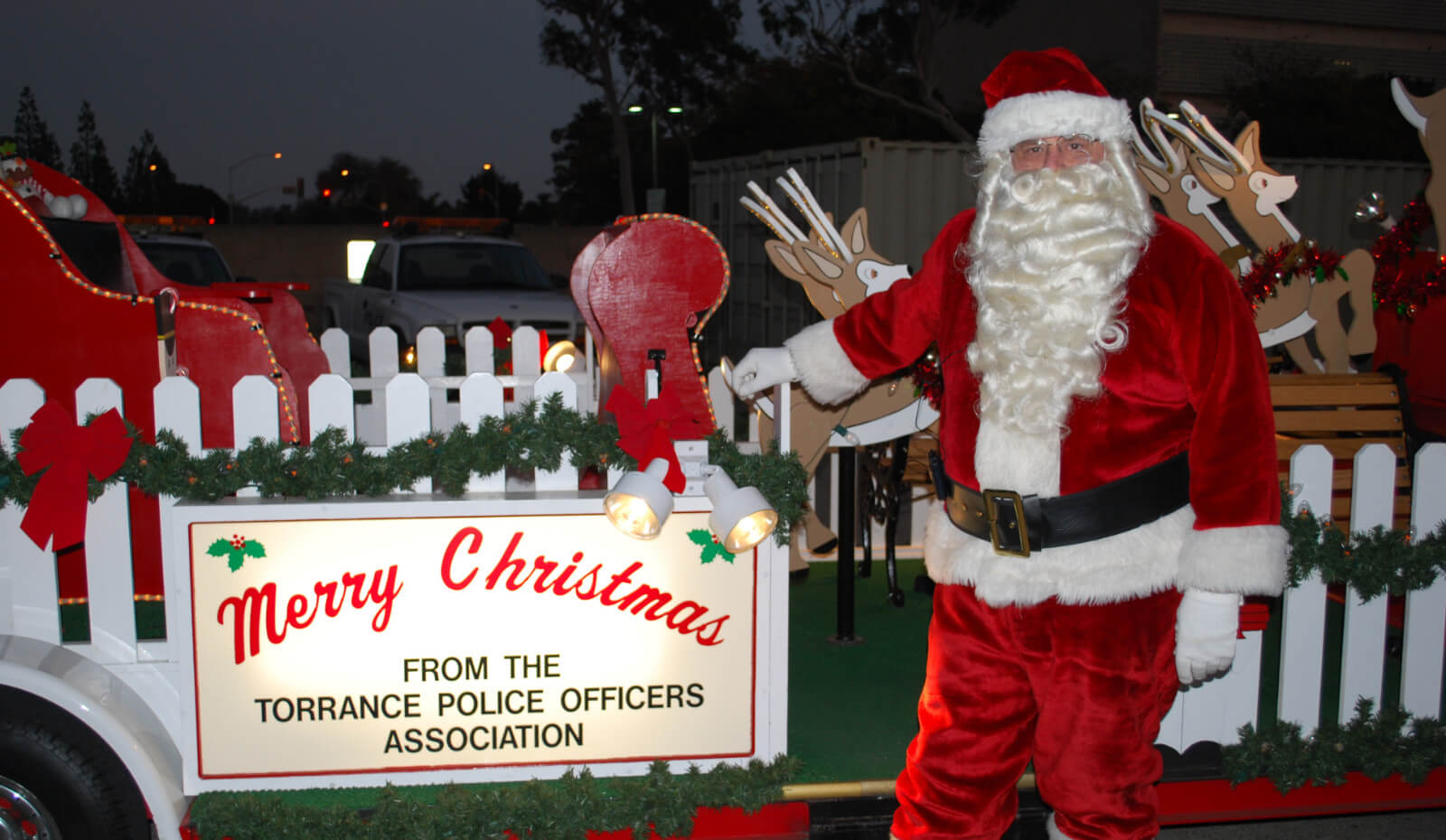 The Torrance Police Officers Association began our Santa Float in 1969. It toured the City of Torrance for 24 years before being totally remodeled and re-designed in 1992 by a group off Officers dedicated to its continuation and safety for the children and families of Torrance. The old float used to enter on the sidewalk side and exit to the street on the other. Our Association members headed by Lyndal Spradlin, began by purchasing a new trailer and began construction by themselves and other Association members to build a newer, safer float for our residents to enjoy. This team was: Lyndal Spradlin, Mike Terry, Steve Badenoch, Steve Ross Mike Wheeler and Tim Hillis. Many of our officers helped by making and building the reindeer and other decorations and by painting and creating this new float. In the winter of 1992 our new float was done and ready to hit the streets for its annual tour.

Unfortunately, on November 22, 1993, our float was severely vandalized. This was one week before it was scheduled to go out. The Torrance Police Officers Association and its members rallied together to fix the damage. A huge number of residents put notices in the Daily Breeze asking for help to fund the repairs of this 25 year tradition. With the help of the residents and officers, and with money donated freely by our Torrance Police Officers Association members, we were able to collect $8,000 to repair our beloved float. It took $3,500 to get it up and running and the remaining balance went into a fund to continue with any future repairs that were, or may be needed. Our members worked for an entire week until the wee hours of the morning for a full week. The float went out as scheduled that year on the Saturday after Thanksgiving. A sign was donated by TPOA which still proudly reads: This float is “Dedicated to the Children of Torrance…1992”

This float is, and always has been totally sponsored and paid for by the TPOA and its members. All who work the float are giving of their time freely and are on their off time, so are not being paid to ride and work the float. We purchase about 30,000 candy canes each year to pass out on our tours through the City. This amounts to about $2500/year. The generator that helps us run our music and our chimney is generously donated to us by American Honda Motor Company each and every year. The Torrance Airport generously gives us a hanger at no charge to now house our float at the end of the visits so that it won’t ever be vandalized again.

Our float usually goes out on the Saturday after Thanksgiving and goes for 22 days straight (barring any rain of course) We have 22 maps that we follow each year. This year, our float runs up to December 23rd…two days before Christmas with our volunteers and friends. Most years, we have a couple of days to make up for any rained out nights, but this year is an exception.

Each year, we have to pull out our Sleigh and make some repairs and upgrade lights, paint etc. to keep it beautiful. Two years ago, we remodeled and upgraded our float to make it even safer for our riders by installing new seats and seatbelts, new brakes, truck repairs etc. Again…fully funded and paid for by The Torrance Police Officers Association and its members.

We hope that this tradition will continue on forever and that our Santa Sleigh will continue to bring joy and happiness to the residents of our City. This is our commitment. 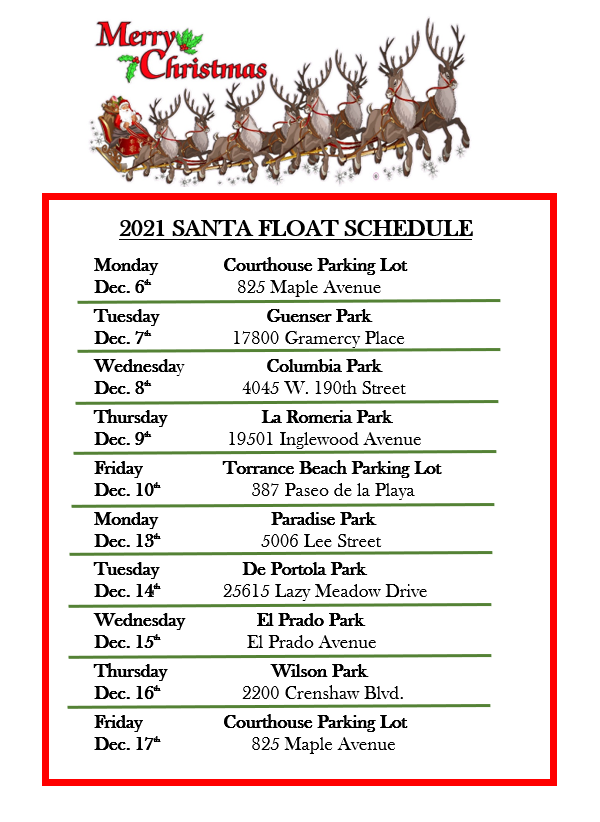 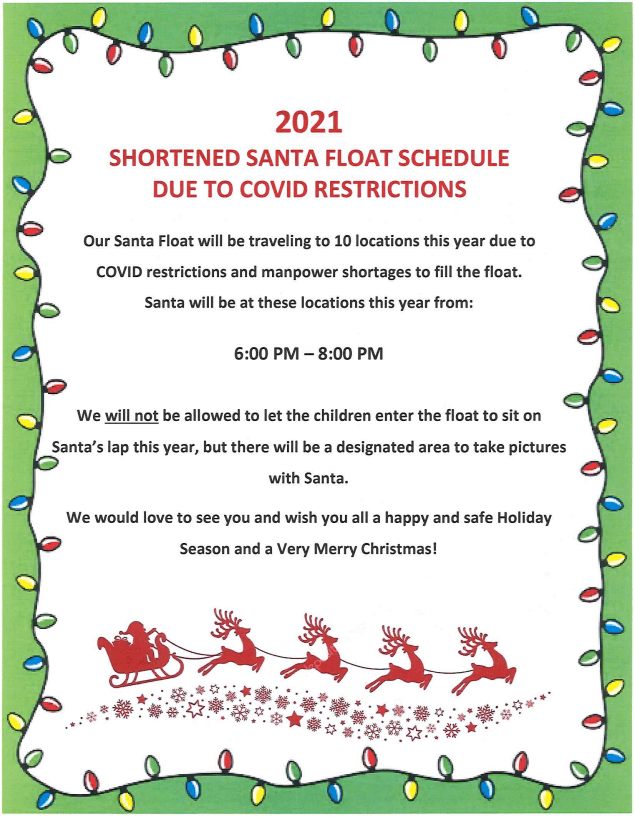